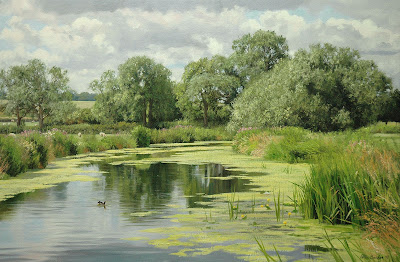 Oil on Linen Canvas, 20x30 inches
This large-ish painting is a commissioned piece of my local River Welland.  Set in July, the greens of the trees are a little more muted than in their vibrant Spring garb, so more satisfying to paint.
I seem to be living life on the edge at the moment, with so many committments, only just getting this latest painting finished tonight, in time for a lick of retouching varnish before fitting in its frame ready for courier collection.
Now, I can look forward to painting some late Autumn/Wintry landscapes - my favourite time of year.
Posted by Peter Barker at Friday, November 25, 2011 10 comments: Links to this post

I have 11 paintings included in the Winter Exhibition, running from this Saturday 26th November until 15th January 2012, at the Iona House Gallery in Woodstock, Oxfordshire http://www.ionahousegallery.org/modules/standard/viewpage.asp?id=776

The 11 PB paintings are these, previously posted on the Blog: 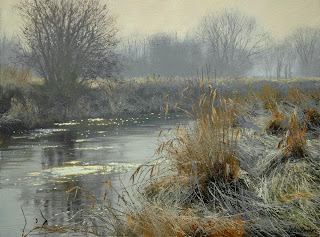 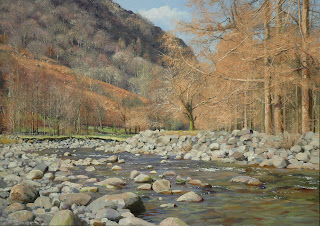 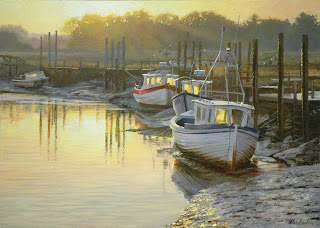 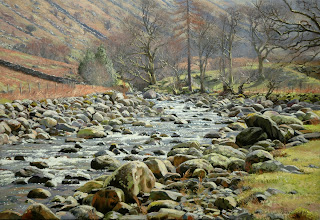 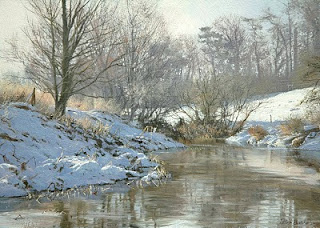 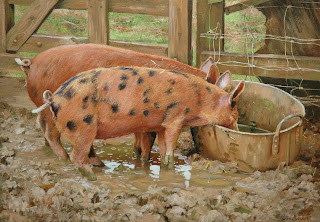 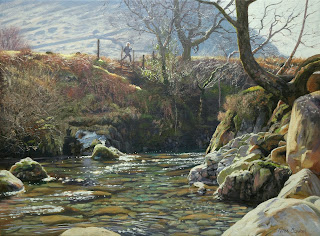 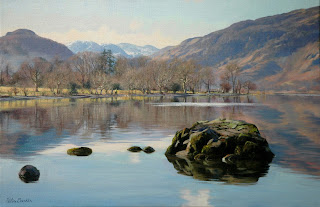 I also have 8 new paintings at the John Noott Gallery in Cotswold Court, Broadway, Worcs.,  details at: http://www.john-noott.com/artist/barker~peter/barker~peter.php
Posted by Peter Barker at Thursday, November 24, 2011 4 comments: Links to this post 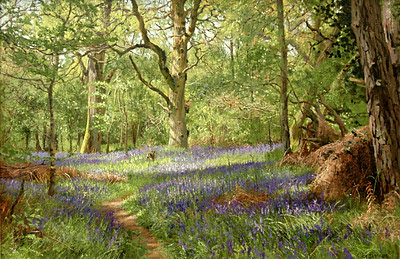 Paintings of Bluebell Woods are always going to look a bit twee, but the sight of a sea of English Bluebells in Spring is just a stunning sight, so I can't resist.
This quite large painting is, in fact, a re-painting of one I did over a year ago.  I've included the first draft below the revamp for comparison.  It's abit like those 'spot the difference' pictorial quizzes.
I actually covered the entire surface with fresh paint, so there is a lot of texture that can't be seen in the photo.  I also felt the massive Oak was a bit central and the composition was therefore imbalanced, so I painted in the Silver Birch in the gap to the right of it to add balance, colour and depth.  I think it looks much better, but what do I know - I thought it looked alright last year until I got it back after it didn't sell at a Gallery.  We can always learn, even global megastars like me!
The colour of the photograph lets the painting down a bit - greens hardly ever reproduce well, and neither do lilacs, so this was always going to be a struggle getting the photo to look anywhere near the painting.  So, rest assured, the painting looks miles better than it does here!  If you're anywhere near Broadway in the Cotswolds, pop in to John Noott Gallery in Cotsold Court - that's its new temporary home as from Tuesday 22nd November until a new permanent home can be found for it.  It is very well behaved, needs minimal looking after and all its jabs are up to date, so are you the home this Hare is looking for?
If anyone is thinking "what's he doing putting a Hare in a wood - they live in open fields"...well, there really was a Hare that scampered off when I was there.  There were fields near, so I guess he was also stunned by the riot of lilac colour!
Posted by Peter Barker at Wednesday, November 16, 2011 8 comments: Links to this post 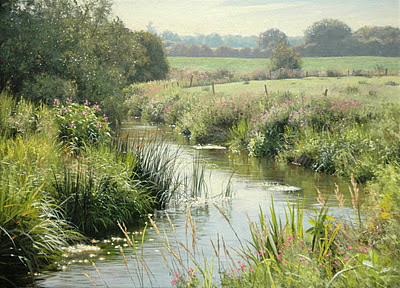 
This and the last painting I posted, Down in the River, are commissioned pieces if you were wondering why I'm painting Summer pictures in Autumn.


High Summer by the River Welland near me is a riot of Summer colours in July and this is really a study of greens.  Whenever I have given a critique of amateur painters' work of similar subjects, the one thing that lets them down is the uniformity of their greens.  At the risk of repetition, you must train your eyes to really see what's in front of you.  There really is a rich variety of subtlely different hues and tones of green, and it is just that variety that makes a painting appear convincing, and not just a boring sea of monochrome green.
For any of you who have seen me paint at demos or Patchings Art Festival, you will have witnessed me using a 1" household paintbrush to paint the dense bankside vegetation and tree foliage.  Some of you have taken a leaf (see what I did there) out of my book and tried the same technique.  If I see any paintings subsequently produced that are better than mine, there's going to be a LOT of trouble - I know where you all live...... 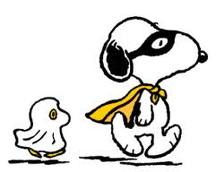 Posted by Peter Barker at Monday, November 14, 2011 6 comments: Links to this post

Down in the River 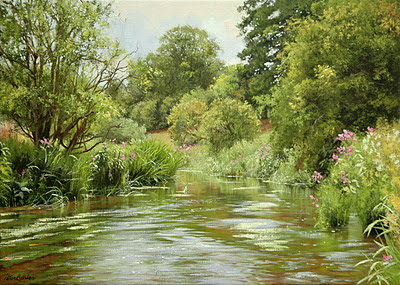 Oil on Linen Canvas, 16x22 inches
This is a painting produced from my wading about in the river back in July, from the Dragonflies' perspective.
I'm generally not that keen on really green pictures, when in high Summer, everything is green, but the bold pinks of the Himalayan Balsam and Willowherb add a touch of non-green to the composition.
I love painting water when, as it nears you, the painter (or the painting viewer) in the foreground, you can see through it and what lies beneath the surface, and not just pure reflections the further away from you the water is.
Posted by Peter Barker at Friday, November 11, 2011 3 comments: Links to this post

Oil on Board, 12 x 9 inches
This little painting was completed in the studio with the aid of a photo, after getting as far as I could en plein air (on site).
The glorious Autumn sunlight glinting on the water and the little jewels of twinkling dew were the catalysts for the painting, and of course, I knew the light would change very quickly with the sun much lower in the sky at this time of year, so speed was of the essence.
Hands and brushes a blur of frenetic activity, I managed to get enough of the intense sunlight reflecting on the water (a common theme of mine for those of you paying attention), the colour and hazy atmosphere done in the hour before the view changed far to much to continue. You can see just how much the light changed in the photo below showing my outdoor setup with the painting abandoned; with the sun much further to the right, the haziness had gone and there was more colour and definition in the distant trees - completely different feel. 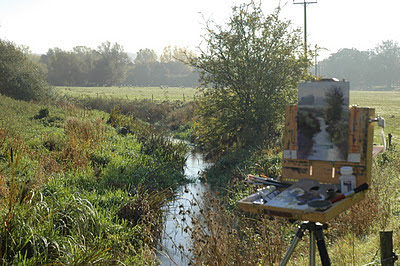 Posted by Peter Barker at Wednesday, November 02, 2011 2 comments: Links to this post