Lakeland Adventure and a Tale of Two Birds 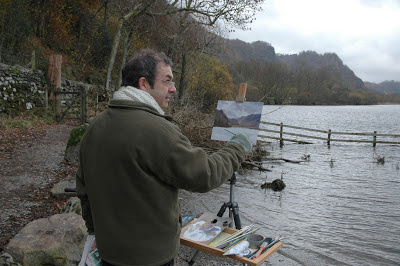 Last week, we had a trip to the Lake District. Here I am, painting on the shore of Derwentwater last Friday.  I'm distracted here by a Black-Headed Gull (below - its name is misleading because it only has a black head in Summer) which kept us company for the duration of the painting. 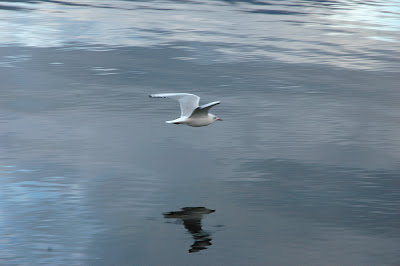 The bird alighted on the water and there it stayed, hoping for a scrap of food, silent, except when another of its species dared to fly within its airspace.  When one did, our sentinel would dip its head and let out a familiar gull-cry and, if the intruder dared to close in within 50 yards, would take off and chase the chancer away and return to its post, floating about 6 yards away from my easel.

Here are a few more photos of the painting (a 9"x12" Oil) in progress: 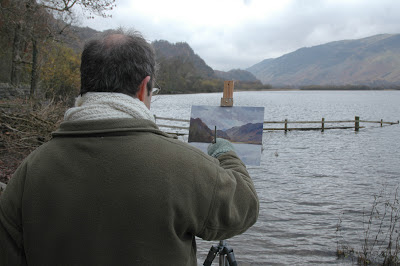 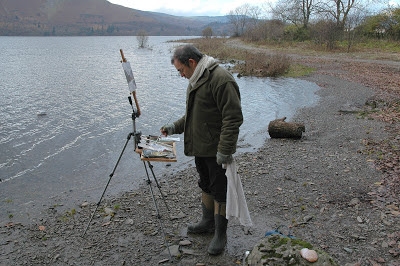 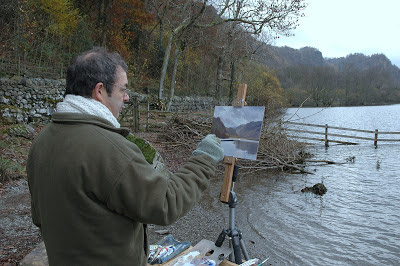 Painting the water as it appeared at the start. 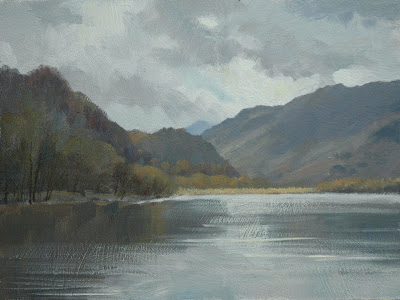 Here's how far I got before frostbite set in in all my fingers, despite wearing fingerless gloves, and Janey couldn't feel her feet.  It was a very challenging exercise as the sky was constantly changing, and the far mountains changed in tone, becoming more milky as the weather closed in.  I had to work fast and after an hour and a quarter, I had enough down to take it back to the studio to finish off.

The second bird tale was when we got back to the sanctuary of the car when, having seen this cheeky little Robin on the wall next to the car before we trecked to the painting spot, he had left a considerable pile of poop on the wing mirror. 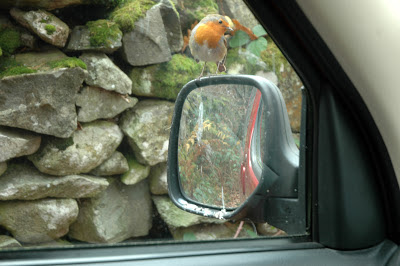 Here he is, admiring himself.  Actually, being very territorial, he was confused and saw the image looking back at him as another redbreast, and had obviously been attacking the 'intruder' for the last couple of hours and continued to do so as we put the gear back into the boot and climbed into the car. 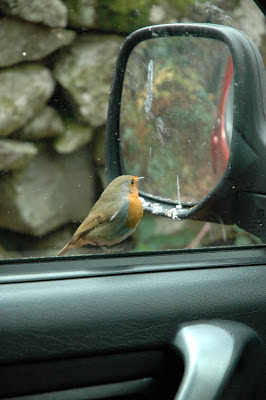 Firstly, a huge thank you to all of you who attended the opening day of my exhibition last Saturday - it was great to see you all, and an even bigger thank you if you bought a painting!

I just had notification of paintings accepted for the ROI (Royal Institute of Oil Painters) annual exhibition at the Mall Galleries....and this year I didn't get one accepted. Having got all 6 of my entries through the new preliminary digital selection stage, I was very hopeful of having perhaps 2 or 3 accepted in the final selection stage, but obviously nothing appealed to the selectors in the final analysis.  I thought I must have missed my numbers on the selected paintings list, so scanned it several times, but no, definitely not even one in from the ones I submitted: 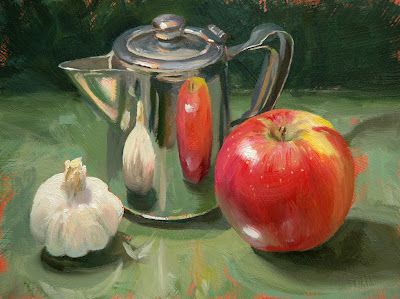 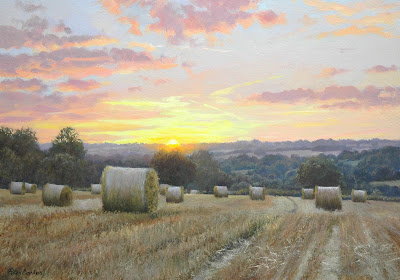 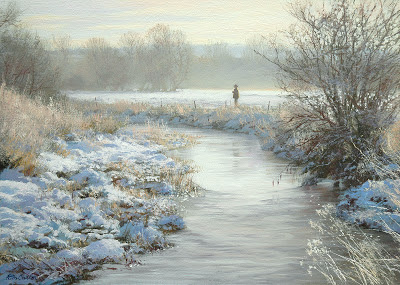 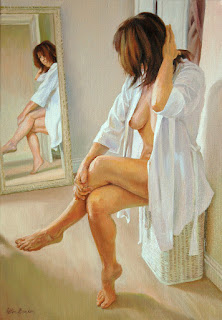 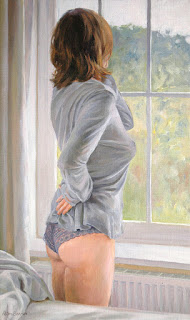 I felt really flat and disappointed to say the least, having had 3 accepted for the RSMA exhibition last month and previously having at least one accepted for the ROI in each of the last four years, winning two awards in 2009.  I consoled myself by remembering that Pete 'The Street' Brown also had 6 straight rejections for the ING 'Discerning Eye' exhibition this year - unbelievable to me that a painter of his talent and stature in the art world should not have at least ONE accepted, so I shouldn't take it to heart - it's all very subjective.

My work sells well, so why should I be bothered, some might say.   Well, that's true, but it's always great to be recognised and accepted (literally!) by one's peers. Anyway, it's time to stop feeling sorry for myself, dust myself off and go back to the drawing board, or at least the easel..............