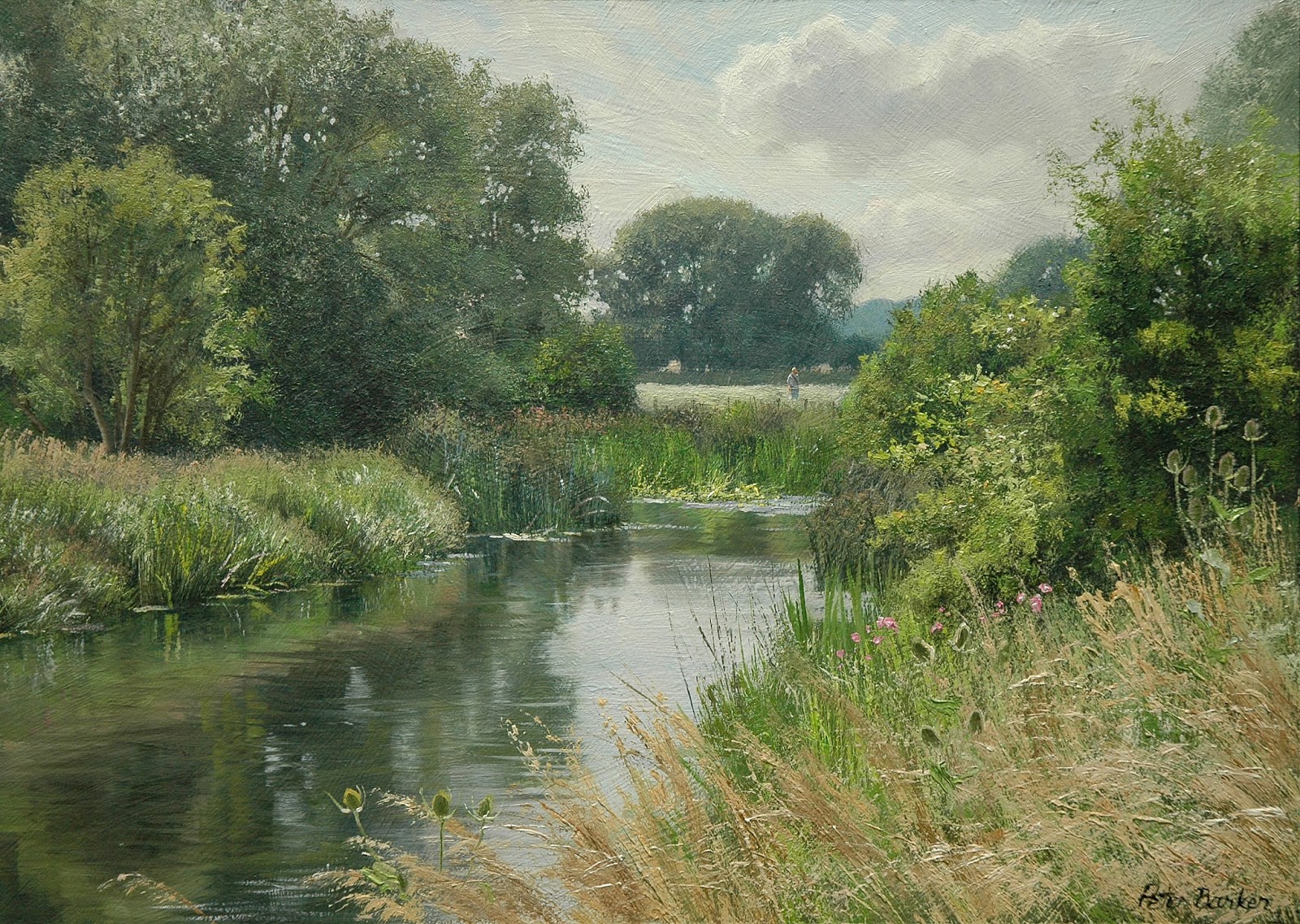 This was yet another demo painting I did back in the heady days of Summer, again completed in the studio today, probably to be included in my upcoming solo-show at John Noott Gallery in December.

I remember the day I was by the River Nene; the field where I've placed the figure is a silvery green colour, because the hay had just been cut. I also remember looking up and seeing a Buzzard and a Sparrowhawk having a sparring contest - I think the smaller raptor was bombing the Buzzard for being in his territory - he certaily seemed very angry and all the aggression came from him. I managed to take a poor photo of them way high above me: 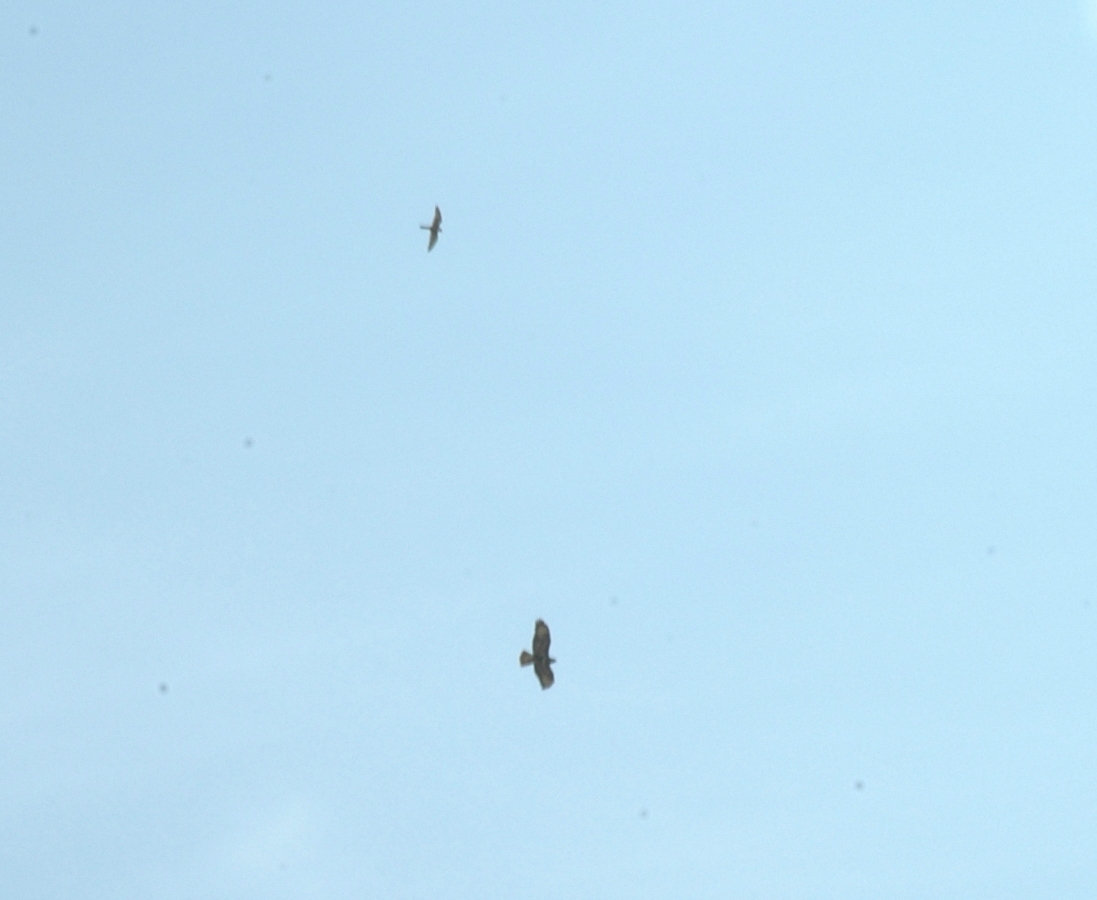